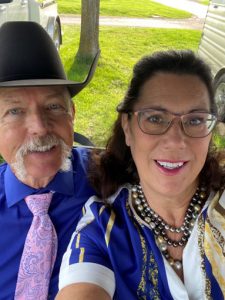 Dr. Jubb grew up in many states and England! As a member of Mississippi State University’s College of Veterinary Medicine 3rd graduating class Dr. Jubb received her doctoral degree in May of 1983 graduating with honors. While enrolled in the College of Veterinary Medicine she had two scientific articles published in VM:SAC – Feline Infections Peritonitis (now known as Feline Immunodeficiency Virus- FIV) and Canine Juvenile Pancreatic Atrophy.

Her professional interests include soft tissue surgery and reproduction. She and her husband, Ricky D. Young, have two daughters, a son-in-law and five grandchildren. They share their home with a beautiful kitty Sookie Jane, many horses and rescued mini ponies!

When not in the office, Dr. Jubb enjoys being on her farm, fishing, her American Quarter Horses, and spending time with her family. 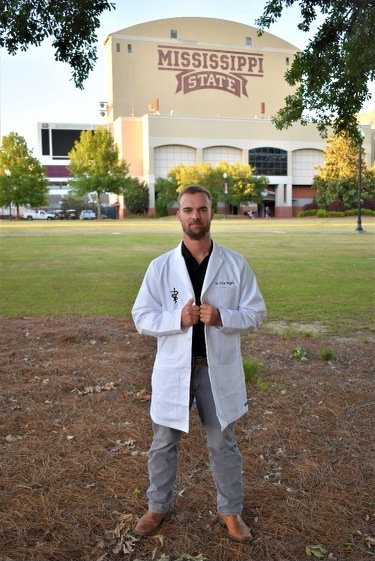 Dr. Baggett was born and raised in Greenhill, Alabama. He graduated from Rogers High School in 2010, The University of Alabama in 2014, and Mississippi State College of Veterinary Medicine in 2020. He began his veterinary career in small animal emergency medicine full-time in Florence, Alabama.

When not in the office, Dr. Baggett enjoys fishing and playing golf. 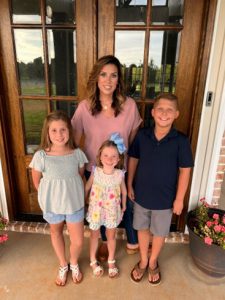 Laura is Dr. Jubb’s oldest daughter and has been at WLVH for many years! She is married and has three children, Gavin, Sara Kathryn, and Addison. She enjoys her chickens, gardening, and spending time with her family. 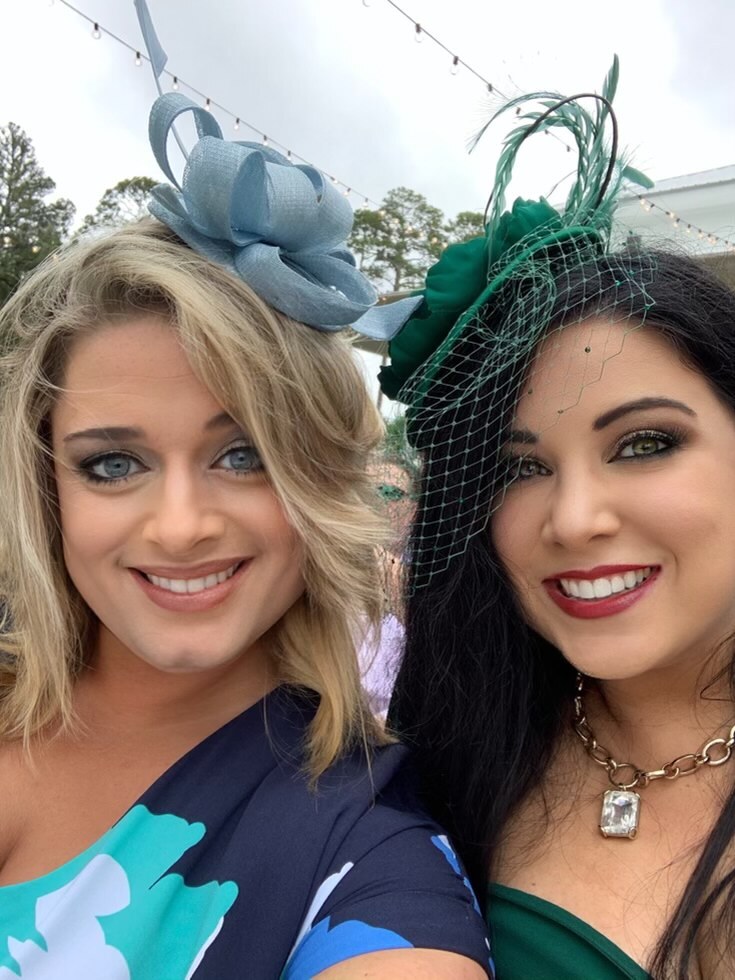 Natalie shares her home with one adorable, lionhead rabbit, LeBron. She has one spunky dog named Jalen!

Alyssa was born and raised in Bolivar, TN. She just recently moved to Florence in April of 2022. She has always had a love for animals but found her place in the vet world in 2020 as a receptionist. When she is not working she enjoys playing with her Aussie/ lab mix Beau and visiting her niece Livi and nephew Bennett! She is super excited about welcoming her nephew, baby Weston, to the family this coming September! 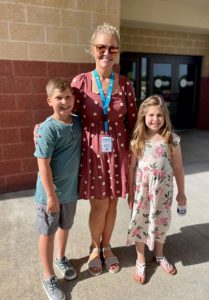 Ashley was born and raised in Rogersville, Alabama. She enjoys spending time with her family. Ashley loves activities and adventures with her niece Ada, nephew Lincoln, and cousin Ryder. Jane, her sweet Poogle, is a joy to have around! 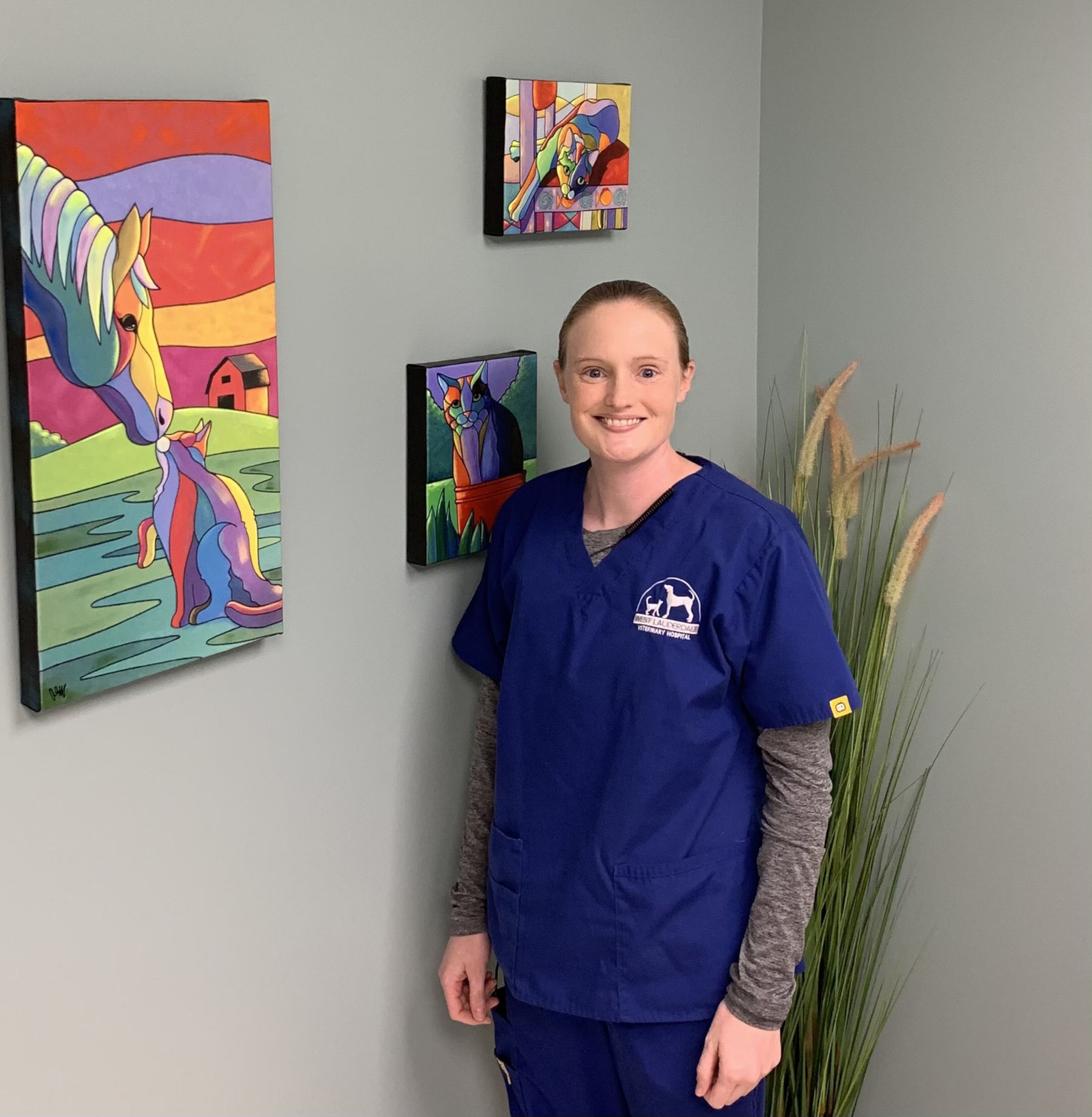 Becky graduated from Jefferson State Community College with a degree in Veterinary Technology. She has one cat named Sunkist. In her spare time she enjoys Tang Soo Do Karate and Brazilian Jiu-Jitsu. 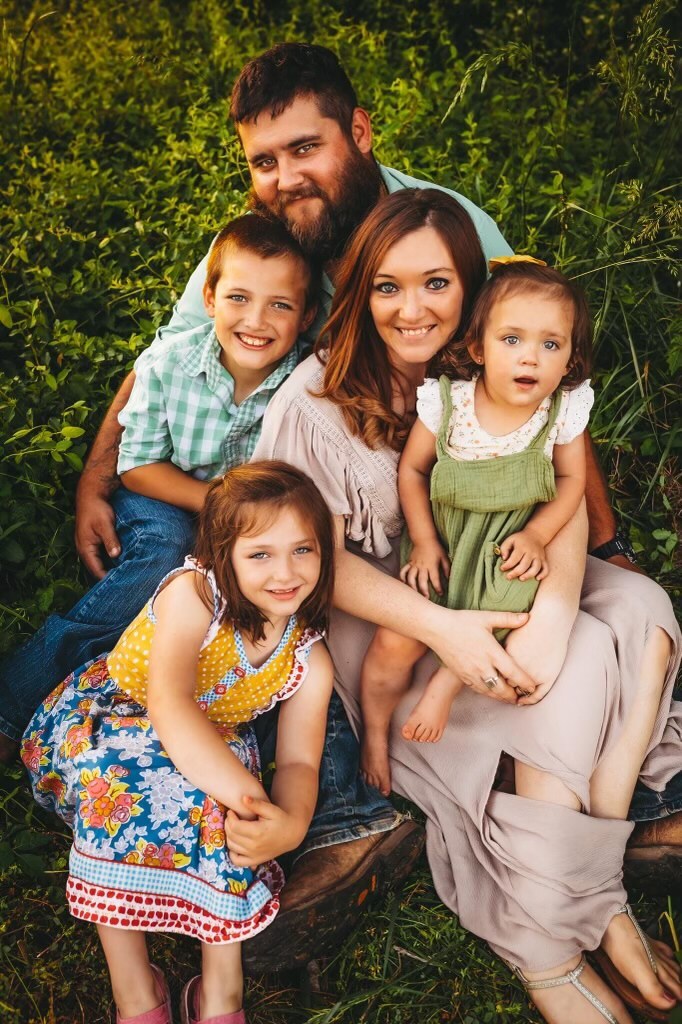 Kayla is a 2009 graduate of Central High School and she attended Northwest Shoals Community College. She is married and has three children, Gresham Lee, Kalie Ann, and Taylen Mae. Kayla’s interests include spending time with her family and her chickens! 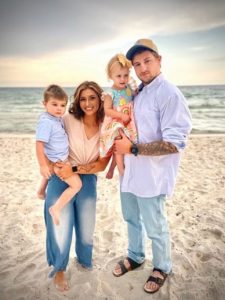 Bri is a 2016 Central High School graduate. She is married, has two children, Beckham and Emery. Her family includes a Rottweiler, Axel, and a Standard Poodle, Reggie In her spare time, she enjoys spending time with her family, the pups and being outdoors. 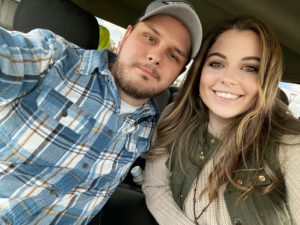 Megan is a 2010 Central High School graduate. She married her high school sweetheart in 2012 and has a son, Easton Lane. She enjoys bow hunting, fishing, and anything outdoors. She loves to compete in archery tournaments when it’s not hunting season. She has two sweet hounds and a feisty kitty. 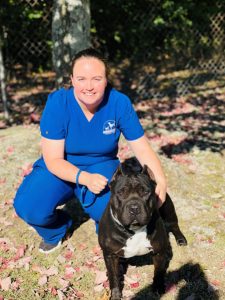 Valerie is a 2018 graduate of Rogers High School. She is now pursuing a career as a licensed veterinary technician. She has 4 dogs and 2 cats. Valerie enjoys spending her spare time playing with her dogs, cutting grass or anything that involves being outside. 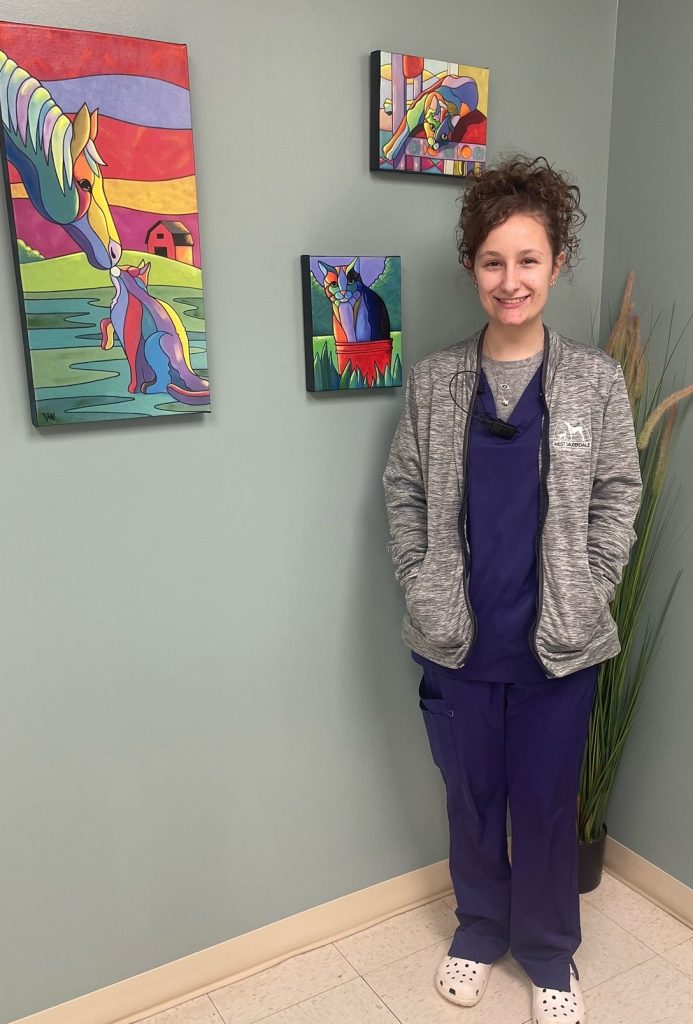 Anna is from Savannah, Tennessee. She pets ranging from dogs and cats, to a horse, pig, and a rabbit. In her free time she enjoys traveling, going to concerts, spending time with family and friends, and playing with all of her pets. Anna has been part of our WLVH team since 2021. 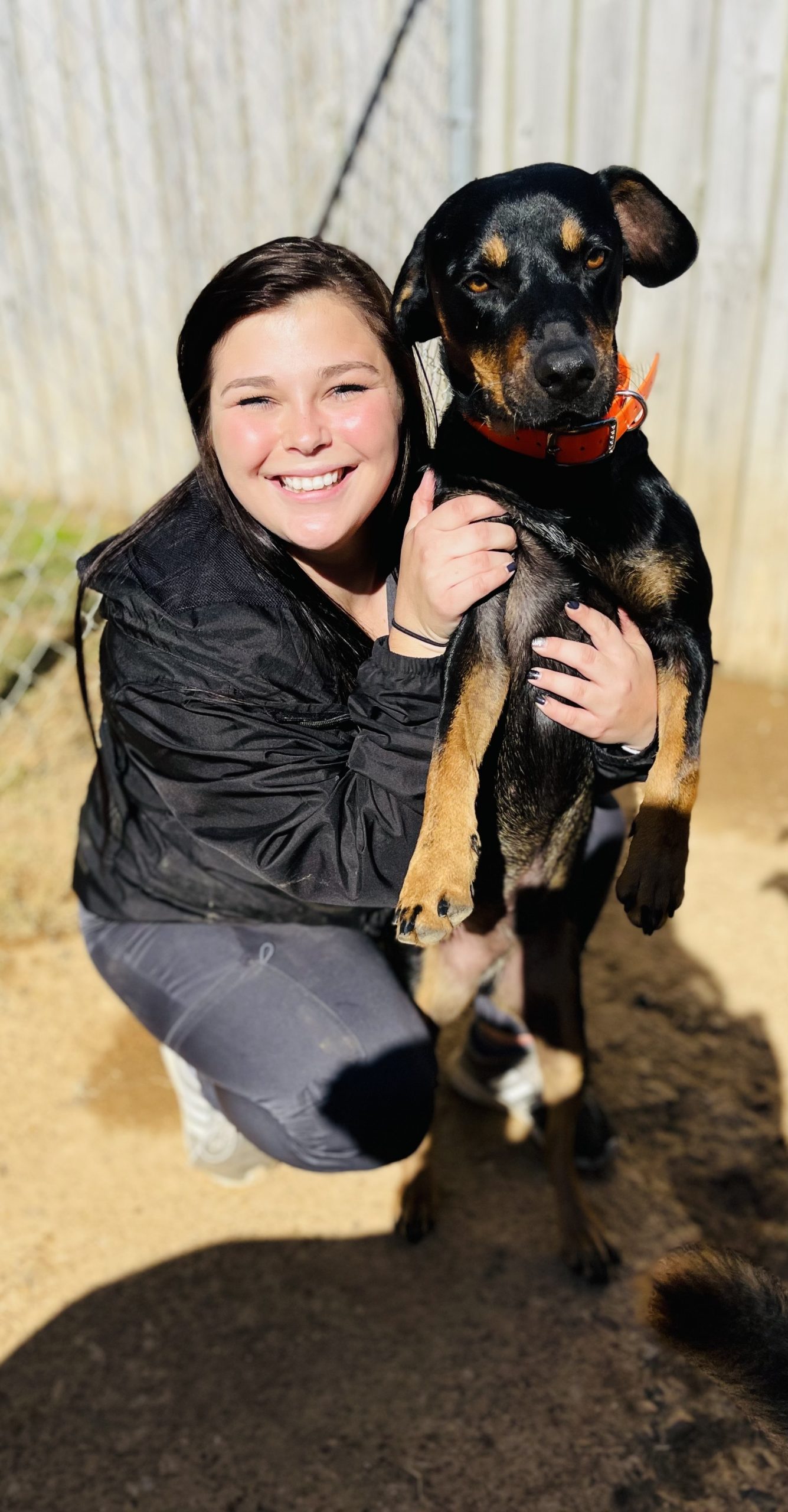 Shannon is a 2016 graduate of Central High School. She has always aspired to be in the veterinary world and started in the field in 2020. She has a hound mix named Leroy and a horse Lana. Her boyfriend, John David, and she have been friends her entire life. In her free time she enjoys competing in barrel races.

Note: Please submit applications in person to 5015 Co Rd 81 Florence, AL 35633 or via email to wlvh@comcast.net

Call Us Text Us